When you find stairs to the Plains of Despair, the player can choose to look for Izual, or continue on to next area City of the Damned and activate that waypoint. You can complete Act V without this quest done.

After completion of the Golden Bird, many simply continue on in the jungle as the quest does not need activation to be completed, and is often done so unless the player is playing online and exploiting a bug where they can get through Act III by simply killing the Council in Travincal and having someone activate a Town Portal inside the Durance (usually the final waypoint.). Shenk, will be surrounded by a large crowd of Enslaved minions, and he will waste no time making mobile explosives out of them. The sewers can be home to skeletons, mummies, greater mummies, Fiends, one of which is always the Super Unique Icehawk Riftwing and his pack who guard the lever. While the rogue can be a viable hireling, they often require specialized equipment that is rarely available to a character this early in the game. Your poor hireling, however, will likely succumb quite quickly. Once you've defeated them, take Khalim's Flail, place the organs in the cube and transmute it into Khalim's Will. The City of the Damned will typically have the stairs somewhere in the middle of plains. Dying offers the penalty of losing 5% of the experience earned for that level. You can complete Act IV without this quest done. Diablo, for practically any player with gear found by playing just that character will likely find it the toughest fight in the game. Upon entering the sewers, follow the right hand wall. Pick it up and speak with Ormus back in town. You can choose to find a few fire resistance items that will help make it a little less painful, but for the most part; you may spend significant time making runs to Andariel to find items which will help you in this regard. Stretching from levels 67 to 85, this difficulty comprises the greatest challenges the game has to offer. As before, finding the waypoint may not be necessary, but it will likely save significant walking. It may also be split into two elevations with a single staircase located somewhere in the borders between the two. Concentrating on the Shamans will save you a lot of work as the density of their appearance will make it quite likely to have 1-2 slain Dark Ones resurrected per second. Most often, Hellforge will be discovered when you backtrack toward the east. From here, work your way down to the next waypoint, found on Catacombs level 2. Once in town, use the Town Portal to return to the tree. As well, obtain a belt of some sort if you have not already, as it will double the number of potions available. The tombs usually only have 3-4 different types of monsters inside, but they have plenty of variety: Preserved Dead, their Sarcophagi, Unravellers, Apparitions, Ghoul Lords, Steel Scarabs and Gorebellies. There are two entrances to the sewers. Click on the chest, grab the heart and retreat back to town after looting the chamber. With the portal now accessible, the player can engage Baal in the final battle of the game. There are some new foes in the dungeon. In the course of your travels a Unique or Champion monster will drop a Jade Figurine. A player can choose to kill all the monsters in the area for the experience points or skip them and progress with the quest. You can use a ranged weapon to kill that annoying shaman that is up the path that leads to Andariel's throne, and walk around that path in a half circle to avoid activating the boss encounter so you won't have your attentions split between Andariel and raised Dark Ones. In this case, if you do not have the advantage of mobility to escape, retreat to town and take a walk from the waypoint. They are fairly durable, but are not directly dangerous. The random monsters you will encounter are Zealots, who have an annoying habit of fleeing from you once they take a lot of damage, Heirophants, who should be eliminated quickly due to their ability to heal your foes and their Lightning and Blizzard skills. Next to the stairs there will be a waypoint, so dont forget to get it. if you have forgotten to allocate points for a while, you should spend some on Vitality once you've entered this area.

While within the borders of these areas, players and monsters can inflict no damage. Don't forget, however, that you can prepare yourself if you were running low on potions, etc. Radament drops a book that grants +1 skill point, best used immediately as the skill point doesn't go away and the book takes up 4 inventory boxes. Because of the number of objects in the first room, the Devilkin Shamans can be effectively hidden, resurrecting their comrades with impunity while the player has to navigate around barrels and boxes to kill the shamans. The third chamber usually has a good sized mob of monsters waiting for you on the other side. There are two super uniques the player can encounter in this area. Check the individual information and decide which would be easier to defeat, or you can kill both for the loot and the experience points. Casters and summoners can keep an eye out for items that will boost their skills. Early on in the game, and through most of Nightmare, they are quite viable, but often fall out of favor due to the prominence of monsters with immunities. Radament is quite tough, so it can take a while. In the Rogue Encampment, Charsi and Gheed will sell basic armor and weapons. In normal difficulty, it represents a minor threat, but in later difficulties, the damage from one or two of these is enough to kill even a slightly damaged character. Once cleared, he will laugh mockingly and unleash five waves of minions. Outfitting your rogue with a few items is also helpful. You may have noticed, that after entering the Frigid Highlands, the Quest Log started to shine. Extra points invested in this give very diminished bonuses, so many players (providing they are playing a minions-based build) will invest a single point in it, relying on item bonuses to boost it. The second wave will have cold-casting skeleton mages and a group of Unravellers with Achmel the Cursed. To save the player some time (especially on Hell difficulty), there is a clue to his location that can be determined by the placement of a particular wall tile that looks like a pair of red eyes. 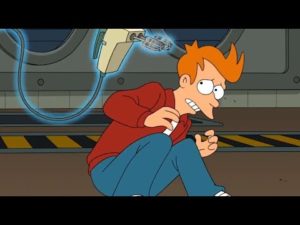